‘Hiraeth: a homesickness for a home to which you cannot return, a home which maybe never was, the nostalgia, the yearning, the grief for the lost places of your past’ (and of your heart.)

I grew up in Rhodesia (as it was then) a long time ago. It was a way of life I took for granted (having African servants and a privileged lifestyle because of my skin colour) and it wasn’t until I went to live in London in my late teens that I realised how colonials from Africa were despised and reviled. It was a huge shock, one that widened the division between me and everything I’d known about my ‘home’ and my family, a process that began when I was sent to boarding school.

I met my husband while in England; we married, immigrated to Australia, and raised our family here. I have friends and family here now – but it wasn’t until we travelled through outback Australia some years ago, camping out under the stars and close to the earth, that I began to feel bonded with my new home. And yet, when I talk of visiting family in Zimbabwe, I still talk about ‘going home’, even though the country, of course, is now completely different from how it was when I was a child.

We’ve now been in Australia for over 40 years. During that time I worked for a while, after which I stayed home for many years raising my family and being a dutiful housewife – as most women did at that time. So, aged 40, I was well overdue for a major midlife crisis! As a first step I went back to school (TAFE) to do a mature-age HSC in English and History – and I credit my two excellent teachers there with saving my life. An interest in history was born, along with the knowledge that I actually had a brain and that I could use it! A degree in Communications followed, during which time I realised I was hopeless at technology – thus putting paid to my dreams of a glamorous career in TV, film or radio. Instead, I sat on the ferry going to and from UTS in the city, and I scribbled stories – something I’d done all my life, but now I was doing it for ‘homework’. And I was using pen and paper – no technology involved! Could writing stories become my new career? I resolved to give it a try, writing in secret and sending my (adult fiction) novels out – with a complete lack of success.

Long story short: I persevered, and finally had a teen romance published by Dolly Fiction. After that I wrote Ghost Boy – still my most popular novel, which is now in pre-production for a movie – and I also completed an MA in Children’s Literature. Why I moved from Australian history (Ghost Boy) to write about Arthurian legend instead is another story in itself, but that research trip to follow the Arthurian trail in England changed my life all over again. Further research trips followed while I was writing my medieval crime series, the Janna Mysteries, now rewritten and repackaged as the Janna Chronicles, and published by Momentum. These journeys, along with more Arthurian research for I, Morgana, which was published by Momentum last year, have added to my confusion so that I now feel like a time and space traveller, where my imaginary world is just as real, if not more so, than my real life. Perhaps it’s because I walked in the footsteps of my characters during those research trips in the UK; I ‘became’ those characters, and I bonded with those landscapes to such an extent that I now have to think really hard before I can answer even a simple question like: when does winter start?

It has taken me a long time to realise and understand that all my novels have a common theme. The characters, in their various ways and in their various landscapes, all search for identity, for family, for a sense of belonging somewhere. And while all the characters are completely different from me, in a sense they are all part of who I want to be: brave, courageous, resourceful and, above all, accepted, loved and, finally, ‘at home.’ 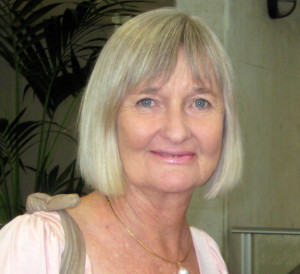 Felicity is an award-winning author of novels and short stories for children and adults, with many years experience talking about her work and running creative writing workshops. Novels for children/YA based on Australian history include Ghost Boy (Random House Aus) and A Ring Through Time (Harper Collins.) Her adult fiction I, Morgana and the Janna Chronicles are published by Momentum and are available in both digital and print – see http://momentumbooks.com.au. You’ll find contact details and more information about Felicity and her books on her website: www.felicitypulman.com.au.