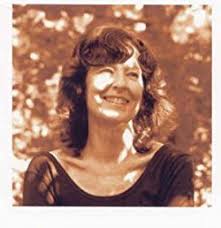 For such a seemingly simple term, Historical Fiction covers a wide ground. The spread of novels within the genre balance their engagement with ‘history’ and ‘fiction’ at quite different levels. They frequently cross into other territories such as romance or crime, or fantasy. And increasingly with novels such as Lincoln in the Bardo and Days Without End, set in the past but perhaps more remarkable for what they do with structure and theme, stray into what could be termed as ‘literary fiction.’ All these variations have their place but speak to librarians and readers (although perhaps not publishers) and the demand for ‘genre historical fiction’, what author Sarah Johnson has referred to as ‘historical fiction that simply goes out to tell a good story’ seems as constant as it was when Jean Plaidy and Anya Seton ruled.

Readers of genre historical fiction usually come at their chosen work from one of two directions: they know the novel’s world and want to extend, or prove, their knowledge; they have a vague interest in the period and a story, rather than a text book, is their way in. For both types engagement with the history is at the forefront. They demand a high level of historical accuracy which will allow them to experience the past, and the people in it, in an emotional way, living and feeling the characters’ worlds. There are many writers who do this well, taking their readers on a vast sweep through an historical landscape, focusing on the small details that make the period vivid just as well as the big events. One of the best is the American author Sharon Kay Penman.

Penman’s first novel, The Sunne in Splendour, which famously took 12 years to write on account of the theft of the original manuscript and the effect this had on the author’s confidence, was published in 1982. Since then she has written a further seven historical novels and a series of four mysteries, all set in the medieval period between the twelfth and fifteenth centuries. Her most recent novel A King’s Ransom (2014) recounts the last years in the life of Richard the Lionheart and her next, The Land Beyond the Sea, set in twelfth century Jerusalem, is expected in August 2018.

The Sunne in Splendour is an account of the Wars of the Roses but is, more specifically, a re-telling of the life of Richard III. Although Penman’s writing style has evolved (Richard the Lionheart’s personality matures and deepens through the two novels focused on him) reflecting historical events through depictions of characters towards whom she takes a very particular view is a characteristic of Penman’s style. Her Richard is highly sympathetic: he is not an usurper or a murderer, in fact he is hardly flawed at all. He is thoughtful, kind, loyal, popular (in the North at least) and romantically in love with his wife. This was, at the time, an interesting re-appraisal of a much-maligned figure but it is perhaps one of the shortcomings of Penman’s approach that she takes a polarised or simplified stance on historical figures. Maud in When Christ and His Saints Slept is cold, Stephen is chivalrous, Henry and Eleanor are motivated by lust. If Richard does one bad thing, he must be all bad, therefore no fault can be admitted. This ‘four legs good, two legs bad’ approach to characterisation makes him less human and less plausible, especially in the context of the bloody period he lived in. It feels old-fashioned on a recent re-read, but may be a style readers will need to learn to love – see Lionel Shriver’s recent article on the call-out culture.

Other shortcomings? Penman’s books are epics and this can effect pace, either slowing it under the weight of exposition or tumbling event on top of event. There is too often the sense that the rest of the novel is the reward for the slow-burn first hundred pages. Sentence structure can be cumbersome and word choice can veer rather too close to cod-medieval in places – for certes is an over-used favourite. The sheer weight of characters can cause confusion in the narrative perspective and she has said herself that she has not always felt comfortable allowing fictional characters to inhabit the same stage as her historical figures, although, when she lets them fly and stops being hide-bound by detail, they are as good as if not more rounded than their ‘real’ counterparts. In a sense it is detail that makes or breaks the novels: Penman sets the research bar very high and has no qualms about including everything she knows, there are no quick sketches here. For readers unused to this heavily research-overt style, it can be a daunting prospect; for those who love it, she is unrivalled. 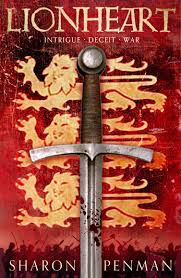 Criticisms then, so what makes her so incredibly successful and still one of my go-back-to authors? It’s actually quite simple: she tells a great story. Penman’s books, for all their shortcomings, are incredibly readable, the kind of book you open and emerge from hours later slightly unsure of which time period you are actually in. Her novels breathe life into long dead figures and shine very bright lights into some of the most fascinating aspects of our historical past. She’s not an historian, although some approach and criticise her as such, but she has all the best aspects of one in her love of subject. What Penman is is an historical novelist in its very purest sense, and a very fine one at that.

Catherine Hokin Bio
Catherine is a Glasgow-based author whose fascination with the medieval period began during a History degree which included studies into witchcraft, women and the role of political propaganda. This sparked an interest in hidden female voices resulting in her debut novel, Blood and Roses which brings a new perspective to the story of Margaret of Anjou (1430-1482, wife of Henry VI) and her pivotal role in the Wars of the Roses. Catherine also writes short stories – she was a finalist in the Scottish Arts Club 2015 Short Story Competition and has been published by iScot, Myslexia and Writers Forum magazines – and blogs monthly for The History Girls. She is represented by Tina Betts of the Andrew Mann Literary Agency.
Novel: Blood and Roses
Purchase link

Sharon Penman
Bio
a sense of authenticity in everything
Language quotes